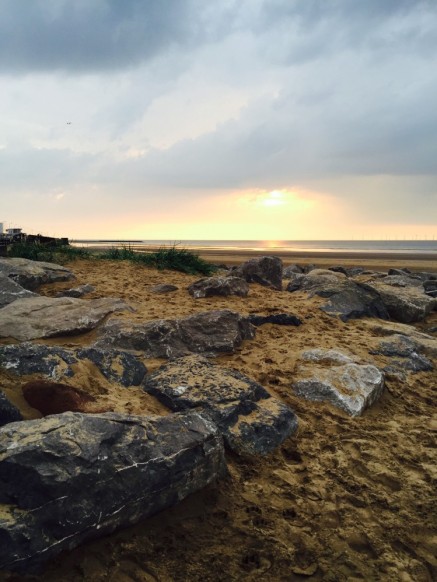 This was taken last night at New Brighton, Wirral.

Less than an hour later there was a huge thunder storm!

This scene made me think that about how beautiful nature really is. 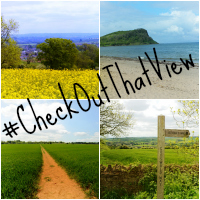 I am going to try to link up with Amy from Love Made My Home for Five On Friday.

I’ve  seen this done on American blogs but didn’t realise there was a British host too so, was delighted when I saw it on Kathy’s blog The Next Phase. Now, I just need to link the right parts, I may be some time!

One – Carnations.  I always have fresh flowers on my window sill. Admittedly, I usually opt for lilies. However, the colour of these carnations matched my rug exactly  so I brought these home with me instead. Unbelievably, they are about three weeks old and still going strong.

Two – Carrot Cake with Orange Frosting. This is my  favourite cake of all time. I can’t make it too often because the topping is mostly butter and I fear for the calorie content. The recipe is here , it is so easy to make and as always this one didn’t last long.

Three – The Coast. We are so lucky here on the Wirral to have access to such a large variety of coastlines. We have salt marshes in Parkgate, the banks of the Dee at Thurstaston and then the River Mersey and Irish Sea at New Brighton. We lived in Milton Keynes for a few years and missed the coast so much, I never take it for granted. I find being next to it very soothing.

Four – Homelands. I appreciate that myself and Mr G are very late to the party on this one, not sure why but we missed it when it started. However, we have now discovered it on catch up and I for one am, simply addicted. The twists and turns in each episode is keeping me hooked. We have almost finished the first series but at least there is plenty more to keep us occupied.

Five – Global Scouse Day. This is quite a local celebration of a dish that is mostly enjoyed by people with any sort of connection to Liverpool. Mr G and I were raised on Scouse. Traditionally, it is made with Beef and I will be making some that way for Mr G. However, the rest of us will be eating a vegetarian version called blind Scouse, this has also been enjoyed for years around these parts but usually only when beef was not available. It is rumoured that this where the term scousers comes from.

That’s it for this week, fingers crossed the links have worked.

Have a lovely weekend xx

After taking Ms Glade back to Manchester in time to go to work and then driving straight back, I desperately needed to stretch my legs by Saturday afternoon. New Brighton beach is about a 15 minute drive from The Glade, the beach is Jack’s very favourite place to go and, Miss Glade had the company of her second cousin, they were both keen,so it fitted the bill nicely.

The lighthouse is situated next to Fort Perch Rock and although it has not been used since 1973, there has been a light on or near the rock since 1683. Fort Perch Rock was important in the defence of the Port of Liverpool since the time of the Napoleaonic wars until the Second World War. However, up until the 19th century the area had a reputation for smuggling and wrecking. Some people still believe that this area has secret hidden tunnels!!

Ferries used to to bring visitors across the Mersey until 1971. However, there were few visitors on Saturday except for a few scattered dog walkers. It was bitterly cold and an emergence stop off at Morrisons for a restorative Hot Chocolate was in order! But at least we had stretched our legs.