The Chapel of The Good Shepherd 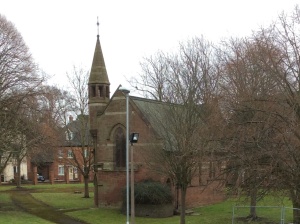 This is the view of ‘The Chapel of The Good Shepherd’ from Ms Glade’s bedroom window.

Reverend Torr, was a vicar in Eastham Village and commissioned The Chapel to be built in the grounds of his mansion that used to be here in The Glade.

The Chapel was built in 1884-5. Since December 1986, it has been designated as a Grade II listed building by English Heritage.

It is intended that this beautiful Chapel will be our community centre.

One thought on “Chapel News”