We have been away to Spain for a couple of weeks with only sporadic access to the internet. When we did manage to find wifi, it took so long to load anything that, more often the connect was lost before it was completed.

Eventually, I had to give up on my plans to blog throughout. I have so much to catch up on and will be spamming your comments shortly ha! 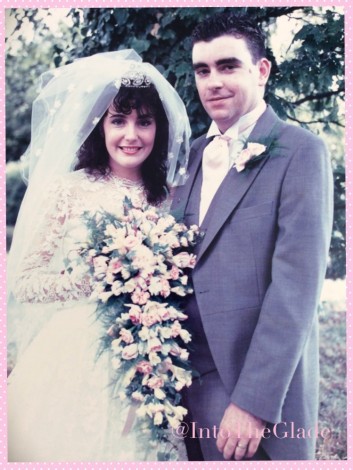 We went away to mark the occasion, it wasn’t quite the break we had planned but then they rarely are.

I don’t look like this anymore, indeed when this photo was on display,  himself was often asked if this picture was of him with his first wife.

We were so very young, well I was ha!

When we get used to this marriage thing, we really should have a plan, we can’t wing it forever – can we?

13 thoughts on “The Anniversary!”